Journey West is a musical program chronicling the migration of melody through an interactive multi-media performance.

Our trek tracks melodies and changing instrumentation beginning in the Middle East, traveling through Eastern and Western Europe, and finally arriving in the United States.

The program illustrates the primary factors involved in carrying melodies to distant land: wars, imperialism, nomadic dispersions, mass emigrations due to political oppression, and musical crazes that sweep the globe.

The musical performance is presented with changing PowerPoint slides to help illustrate the regional and musical differences encountered on the Journey West. The musicians offer demonstrations on their respective instruments and provide basic theoretical explanations to accompany the technical examples.

The mission of our program is to celebrate diversity while providing an exciting education experience for our audiences. In addition, 5% of our income is donated to the UNHCR and Foundation Baremboim Said to help migrants and the disadvantaged.

The Journey West is designed with multiculturalism in mind; to educate those interested in distant ethnicities and to allow members of ethnicities presented in the program to enjoy music of their homeland or ancestors. Two musicians in the group served as director and string coach for the Cornell Middle Eastern Ensemble in the early 2000’s. During this time, students attending Cornell, and members of the Ithaca community from a variety of countries, gathered together to celebrate and perform the music of the Middle East. The group inspired a familial rapport with individuals far from their homeland, both in the ensemble and in audiences. Many of the individuals from this era still keep in touch as close friends.

“We engaged Journey West for a performance at our Endless Mountain Music Festival. It was sold-out because people were curious about what all the fuss was about. The event was spellbinding and the 10 minute standing ovation gave testament to the enthusiasm that this wonderful group generated. ”
—Dr. Stephen Gunzenhauser, Artistic Director, Endless Mountain Music Festival

“Journey West presented an extremely engaging and informative performance at SUNY Oneonta, as part of one of our regular concert series. The audience, ranging from townspeople to students with widely divergent musical backgrounds, was uniformly and greatly moved and energized by what they heard. I would give my highest recommendation to any organization interested in presenting a lively, virtuosic and entertaining evening of music.” —Ben Aldridge, Lecturer in Music – SUNY Oneonta

Let us hold the Journey West concert at your venue to bring incoming students of varying nationalities and ethnicities together!

A Note from the Director

The multi-cultural community I grew up in has had a profound effect on my relationships and worldview. 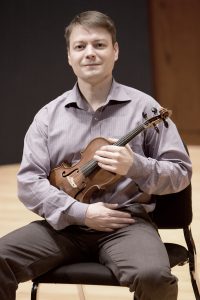 The Buffalo Suzuki Strings program which was the foundation for my classical violin training was founded and directed by Mary Cay Neal. Mary Cay taught her students to have discipline, respect and to utilize music to foster peace and understanding between cultures regardless of political affiliations.

The Buffalo Suzuki Strings ‘Friendship Tour ‘to the Former Soviet Union in 1989, stays with me to this day.

After a concert we performed a man came up to me who was playing guitar during the reception and asked me to beat a bottle opener as he played Blackbird by Paul McCartney. He later came on our tour bus and spoke through a translator, who stated that just seeing the freedom we exuded gave him strength, hope and optimism in the waning years of the Soviet Union.

This Suzuki musical community provided a positive ‘family’ environment in which I could seek refuge during  very trying times when my mother was sick for a decade and during which I was surrounded with many prominent negative influences.

The student body was comprised of nationalities of diverse cultural and ancestral backgrounds including: Jews, Arabs, Persians, Indians, Africans, Asians, Hispanics and people of Italian, Swedish,

German, Irish, Hungarian and other Western and Eastern European backgrounds.

These families involved in the program were very successful community members and represented the highest ideals of humanity including, Respect, Honesty, Diligence, Generosity and Industriousness

It is through Journey West that to realize my highest hope of bringing together people to celebrate their diversity and to live in harmony and respect for one another.

The main concern for parents should be to bring up their children as noble human beings. That is sufficient. If this is not their greatest hope, in the end the child may take a road contrary to their expectations. We must try to make them splendid in mind and heart also.
—Shinichi Suzuki